Introducing our first and main flock. Our rooster D’artagnan, also known as Darty. He was given to us by a co-worker because he was being beaten up by another rooster. Now he’s a little bit of a handful himself. Sigh. (Thus the gloves) We identify them by the colored rings on their feet. Currently Gertrude lives alone. Last September she was attacked by our newly rescued hound Randy. He somehow got into the coop and nearly killed her. He had her in his mouth until I was able to get him to release her. She spent about a month in the CICU (Chicken Intensive Care Unit, aka laundry room). I was unable to re-introduce her to the flock so she and D’artagnan spent the winter together in a small house for heat. We’ve since moved D’artagnan into the coop with the other six hens because he was mating with Gert too frequently and her feathers had been removed and her back was looking rather raw from feather removal on her back. She will be the mother to flock two, I hope. They’ll soon be introduced as they’re about 7-8 weeks old at this point and big enough to defend themselves but the Bantams are tiny so I’m not sure about their introduction.

Blanche (She’s the winner of our Chicken Bachelor. YouTube it.) 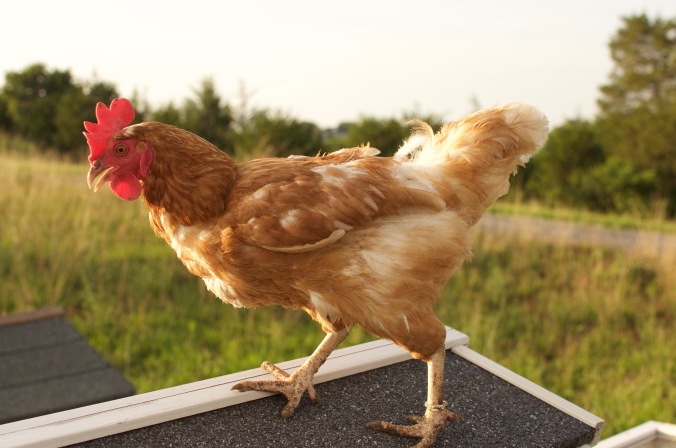 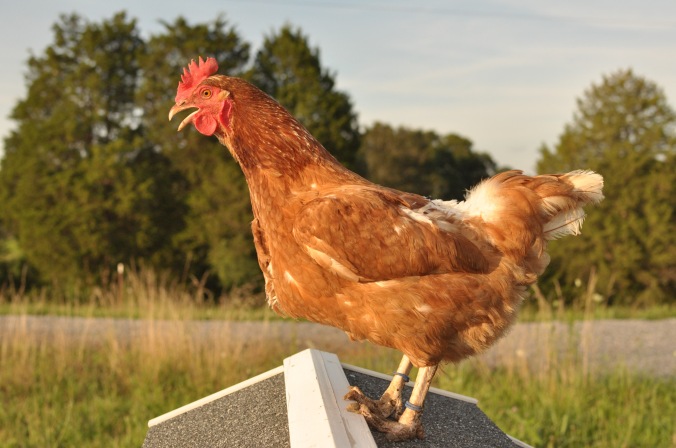 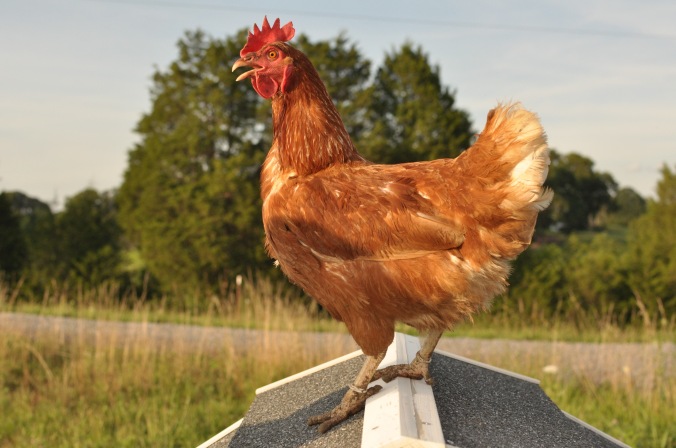 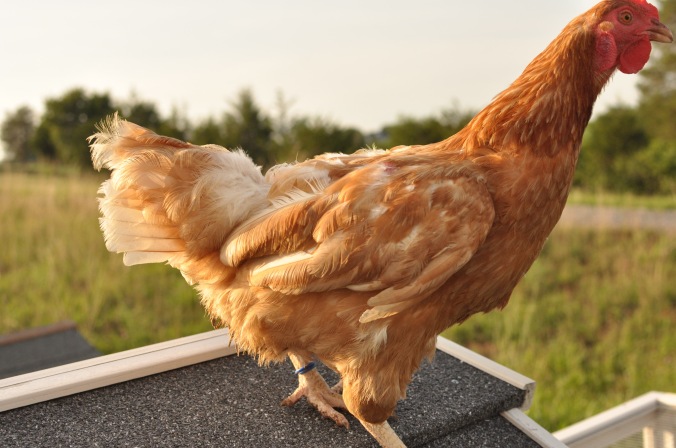 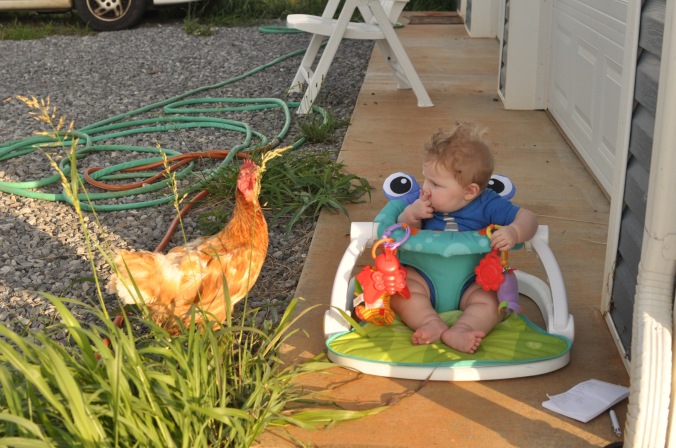 Gertie and our youngest son

Update: Gertie has been moved to the coop with the new hens and after a few days they’ve all accommodated quite well. The other day as I was leaving I noticed Gertie kick them all out so she could go inside the coop. In the other coop we have the three black sex-link and three bantams. D’artagnan has been moved to the single coop due to his overworking the ISA Browns and causing them to have a lot of their feathers removed! 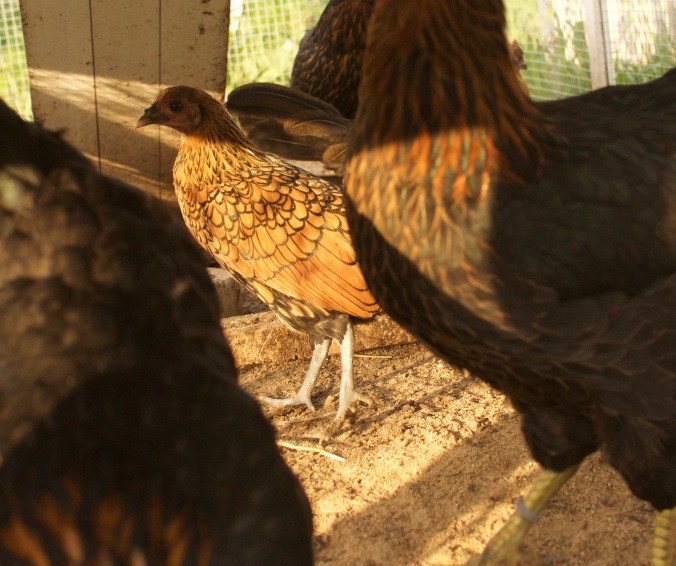 We *think* this is our female bantam so we call her Bonita in honor of our late tiny corgi Bonnie.

We *think* these are our two Bantam roosters , so we call them Juanito and Pollito. 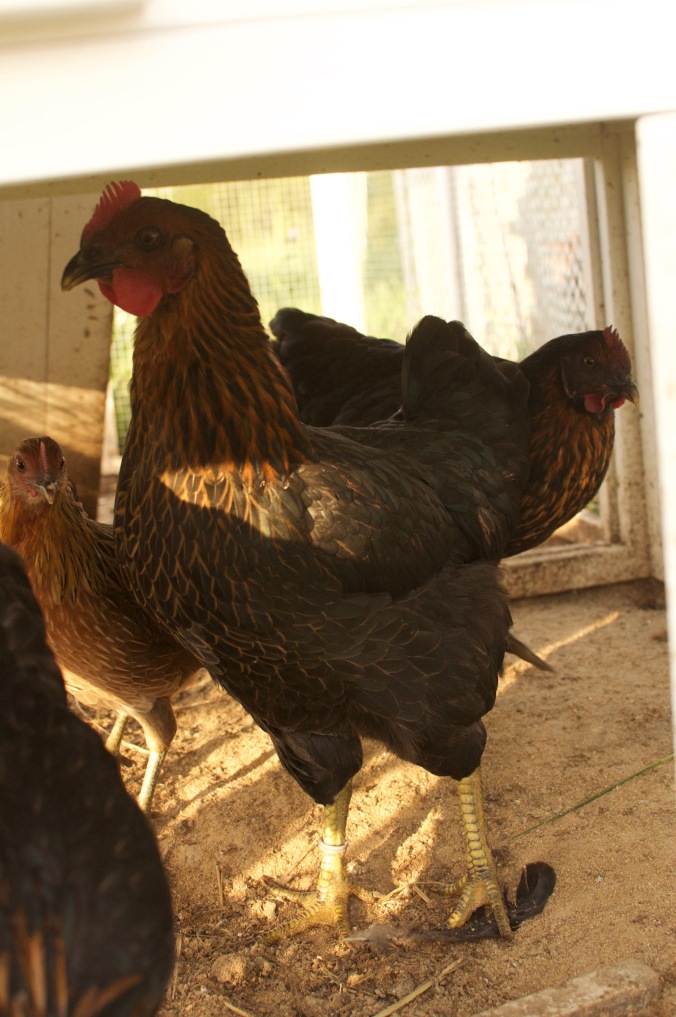